Continuing from my previous article on western blot detection methods, in this article I will focus the discussion on proper procedures and tips for using X-ray film with chemiluminescence western blotting.

As a reminder from my last post, X-ray film is generally considered to be the most sensitive method for detecting relative protein levels. However, given the limited range of detection, X-ray film should never be used for quantitative analysis. Furthermore, there are several reactions occurring simultaneously with X-ray film including film exposure rate, ECL consumption rate, and binding rates of the antibodies. This prevents X-ray film from representing linear relationships between samples. An ELISA or fluorescence blotting would be much better for quantitative purposes. Nonetheless, X-ray film is a viable method for detecting low levels of protein comparable to autoradiography and can detect protein levels between with 4-8 fold changes (Luo et. al., 2011). 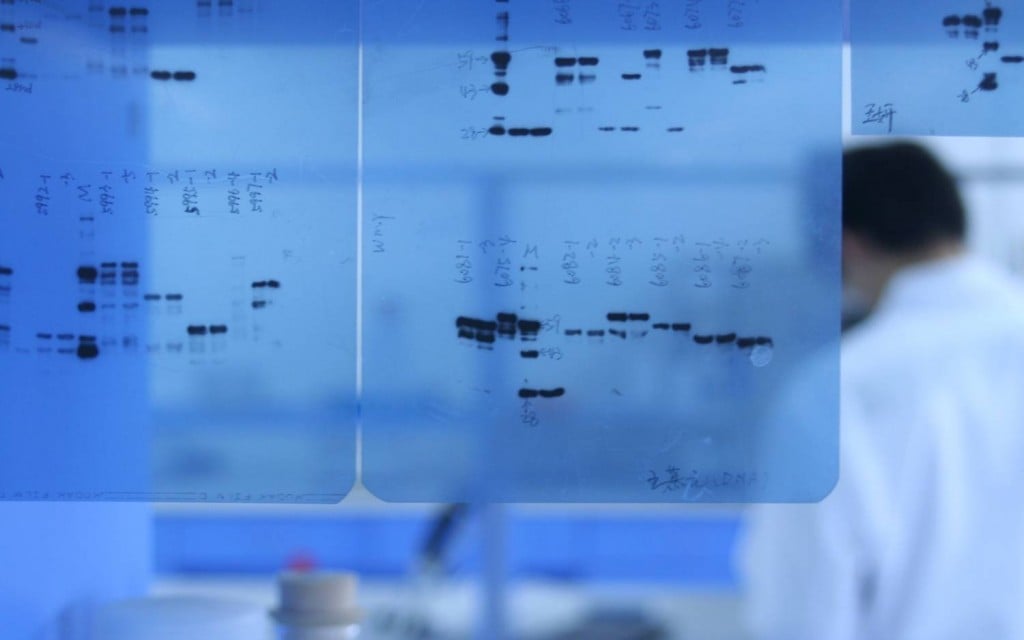 Here are a list of items you will need when using X-ray film:

First thing to note: you will need an automatic film processor inside a dark room. Our department has a shared dark room equipped with a film processor that is carefully monitored and maintained. You can also develop the films manually if you have the fixative and developing solutions.

The X-ray film can be purchased from various suppliers at roughly $2.45 per 8x10 inch sheet. You will also need a transparent sheet protector, not unlike the ones used in binders. Be sure the sheet protector is clearly transparent and not opaque.

Wash your blot thoroughly with TBS-T, prepare the enhanced chemiluminescence (ECL) substrate according to the manufacturer’s instructions.

Incubated your blot with 2' Ab and washed it thoroughly with buffer. Carefully pick it up with flat forceps and dab it on a Kimwipe to remove excess buffer. Place it on a sheet of Saran wrap. Add the prepared ECL reagent using a pipette to distribute the solution equally and evenly. I usually use a total of 4 mL of ECL reagent per 7 x 9cm membrane or 1 mL per 16 cm2. Let the ECL reagent incubate for at least 1 minute before proceeding.

You can now move to the dark room with the film cassette and film. Signal from the ECL should be stable for at least one hour, though it varies depending on the manufacturer.

Once inside the dark room, be sure to turn on the developer so that it’s ready. Turn off the lights and use only the red light when working with film. Open your cassette and remove a sheet of film from the box and light safe bag. You can cut the film accordingly to use the minimum amount for your blot. Remember to fold a corner of the film to note the orientation before you expose. Lay the film directly and quickly onto the sheet protector, exposing the film with your blot. Be sure to do this without sliding the film across the blot; this will smear the signal or produce multiple bands.

Close and lock your cassette and expose the film anywhere between a few seconds to a maximum of 15 minutes. After exposure is complete, open the cassette and remove the film carefully, again avoid sliding the film off the blot. If you cut the film, be sure to round the corners to prevent the developer from being jammed. Place the film into the developer and wait until the film is fully inside the machine. Be sure the remaining film is inside the light safe bag and box before turning on any lights. Once your film has been developed, overlay it back on your blot to mark the protein ladder on the film with a fine point Sharpie marker. It’s also a good habit to mark every film with the date, experiment, what antibodies you used, and the exposure time.

Lastly, make sure the film is not wet before storing. Wet films will stick to other films and will damage the image when you try to separate them. Hang wet films to dry and then store in sheet protectors. Here is a YouTube video that shows a very similar procedure for X-ray film development.

Once your films are developed, you can scan them with a standard computer scanner at 300dpi resolution. When making figures, it’s important to remove any color using a gray scale format and save in a Tiff format to retain image quality.

Signal is too strong: Lower the exposure time as necessary to obtain the desired exposure. You can also stack multiple films together to reduce the signal if the exposure time is too short. Remember, given the small signal range of film you should always use an underexposed film to obtain the most representative signal. You can also lower the amount of the primary or secondary antibody you used or reduce the amount of protein loaded on the gel. Exposure times of at least a couple minutes would be ideal to make sure the signal isn’t rate limited by the ECL substrate. As a rule of thumb, the signal is probably too strong and less antibody or protein should be used if you can visibly see a bright signal from the blot in the dark.

Weak or no signal: Basically the opposite of the signal being too strong. Increase the exposure time to a maximum of 15 minutes—anything longer I’ve found doesn’t really help. You can also load a greater amount of protein or increase the amount of antibody used. You should also incubate the primary antibody overnight at 4°C if you aren’t already. Using a high sensitivity ECL reagent also helps such as the SuperSignal West Femto from ThermoFisher.

So there you have it! Does your lab perform chemiluminescence western blot using a similar protocol? Do you have any other tips for a successful western with X-ray films? Let me know in the comment section below.

If you're planning a western blot experiment, try BenchSci and filter for published western blot data to help with your antibody search.

Select, Compare, and Export Products on BenchSci for Seamless Integration with Your R&D Workflow
New Features: Search by Application Acronyms, Antibody Isotypes, and More
Find Antibodies Verified According to the 5 Nature Pillars of Validation, Plus 2 Additional Pillars