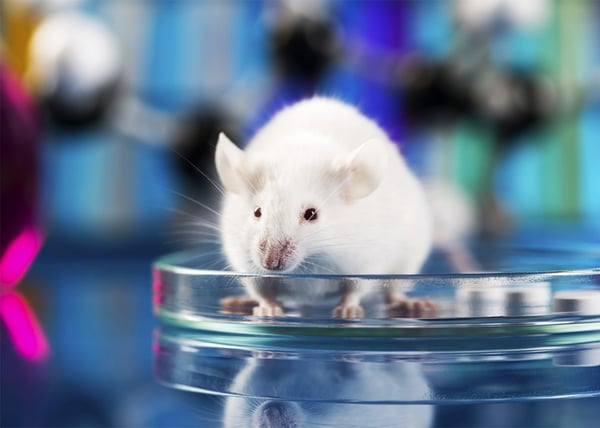 Let’s begin with one of the oldest mammalian scientific models; the rat. Rats have been a longstanding member of the model organisms club; recapitulating human diseases as early as the 1900s when they were first domesticated for scientific research (Gibbs et al. 2004). In fact, before the advent of modern gene editing techniques, rats were the predominant model of choice for biomedical research. Though both rats and mice come from the same subfamily, Murinae, rats are evolutionarily 5 million years closer to humans than mice (Pradhan & Majumdar 2016). Rat physiology is also more analogous to humans and has provided an exceptional model for cardiovascular diseases, diabetes, hypertension, and cognitive modeling. Furthermore, the greater size and proportional anatomy to humans relative to mice allowed rats to be a standardized model of toxicology in the pharmaceutical industry (Iannaccone & Jacob 2009; Dolgin 2010). However, the difficulty in generating stable, transgenic rat lines has limited their worth in the research community. This is partly due to the physiology of rat eggs, which makes it more difficult to administer microinjections relative to their mouse counterparts (Filipiak & Saunders 2006). However, advances in transgenic rat production have helped to reduce the gap between mouse and rat models for human disease (Nohmi et al. 2017; Pradhan & Majumdar 2016).

Despite the advantages rats have over mice as human analogs, mice have dominated the modern genetic and biomedical research landscape. An estimated 71% of all NIH grant applications from 2008 to 2015 mentioned the keywords mus musculus, mouse, or mice. Funded RO1s and research project grants using mice have also increased steadily over this time period (Mike Lauer 2016). Much of the success of the mouse model is due to its ease of genetic manipulation relative to rats. Successfully culturing mouse embryonic stem cells in the 1980s, as well as the advent of other modern gene editing techniques, promoted the transgenic mouse to the predominant in vivo model in research labs. Such gene editing techniques include the tetracycline inducible Cre-Lox system as well as the more recent CRISPR/Cas9 technique. Genetically altered mice have served to recapitulate human diseases, including cancer, glaucoma, heart disease, and diabetes. However, despite their genetic similarity to humans, mouse models are criticized for their failure to accurately mimic human disease phenotypes. A comprehensive study examining inflammatory responses between mice and humans found that genetically altering orthologs in mice showed no correlation to their human counterparts (Seok et al. 2013; de Souza 2013). This divergence extends to cancer studies as well: Although humans and mice have a similar risk of developing cancer during a lifetime (~30%), characterizing the cancers shows dramatic differences in phenotype, tumor origin, and karyotype between mouse and human cancers (Rangarajan & Weinberg 2003). Consequently, findings in mice with proposed relevance to human disease are carefully scrutinized. Despite the phenotypic differences in disease, mouse models have contributed extensively to our understanding of mammalian physiology and gene function. They are a bonafide in vivo model with a fully sequenced genome, large catalogue of available strains, and ample developed methods for genetic manipulation. Therefore, the mouse remains an important tool for basic and biomedical research.

Finally, the most ubiquitous human in vitro cell line is the HeLa cell line. Since 1951, the initial cervical cancer tumor sample taken from Henrietta Lacks of Baltimore has contributed roughly 50 million metric tons of cells to research labs all over the world. Her cells were involved in upwards of 70,000 publications and even contributed to the development of the polio vaccine. In addition to the growing ethical controversies surrounding the use of Henrietta’s cells without her consent, the role of HeLa cells as a relevant human model organism has also come into question. Studies analyzing the genomic landscape of HeLa cells revealed that despite their convenient ability to divide indefinitely, they’re a bit of a genetic mess. Relative to the human reference genome, the HeLa cell line is loaded with single nucleotide variants, possess an abnormal chromosome number, and over-expresses 2,000 genes involved in proliferation, DNA repair, and transcription (Landry et al. 2013). The ferocity of HeLa cells was especially problematic when in 1966 geneticist Stanley Gartler revealed that the cell line had contaminated a number of other commonly used cell cultures in a phenomenon known as the “HeLa bomb” (Skloot 2010). The HeLa bomb may have invalidated several studies by contaminating their cultures with HeLa cells. However, no immortal cell line is without its faults and since the discovery of the HeLa bomb scientists are careful when choosing a cell line for their studies and understand the risks of HeLa cell contamination. Despite these abnormalities, HeLa cells have certain advantages over other cell models. They are of human origin, are easy to culture, grow rapidly, do not require immortalization by a virus, and are an excellent model for cancer biology. Even today, HeLa cells are still widely used and remain an invaluable tool for human biological research.

The three models discussed here only scratch the surface of mammalian analogues in the repertoire of today’s modern research labs. Despite the caveats presented for each model, the appropriate model organism really depends on the biological mechanism being studied and the type of experiment being performed. Thankfully, mammalian model organisms are offered a high-degree of support thanks to fully sequenced genomes, diverse libraries of established strains, and a competitive antibody market. But with varying degrees of genetic similarity between species, it can be difficult to predict which antibodies will be cross-reactive. In addition to a comprehensive AI driven antibody search platform, Benchsci also employs a predictive cross-reactivity tool utilizing bioinformatics and epitope data. This is one of many features that Benchsci offers to help direct the everyday researcher toward reliable and consistent results.

Editors Note: Did you know you can view published data from specific model organisms on BenchSci? Simply apply the "Organism Tested" filter. Give it a try yourself now!

Meet our Machine Learning Engineers
Working with New Technologies to Solve Interesting Problems
A Meaningful Career, a Launchpad for Advancement, and an Inclusive Culture