Six Asian Scientists and their Impact on STEM

May is Asian Heritage Month, marking an opportunity to learn more about the many achievements and contributions of individuals of Asian descent. This year’s theme is "Recognition, Resilience, and Resolve", which focuses on acknowledging their contributions and uniting against anti-Asian racism and discrimination. We’ve chosen to spotlight six scientists whose dedication and excellence in their professions have had widespread impact on scientific communities around the world. 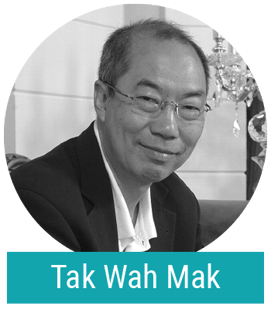 Tak Wah Mak (b. 1946) is a medical researcher, oncologist, and biochemist whose discoveries in multiple fields have greatly impacted public health around the world. In 1984, Mak uncovered new findings around the structure of the T cell receptor for antigens, an essential component of modern immunology. Mak discovered that the T cell receptor for antigens was similar in design to antibodies, yet different in genetic origin and sequence. Prior to his discovery, the nature of the receptor was unknown.

Born in southern China and raised in Hong Kong, Mak earned his Ph.D. in biochemistry from the University of Alberta, becoming a Canadian citizen shortly after. Despite offers from institutions around the world, Mak continued his work in Canada, establishing the Amgen Research Institute in Toronto in 1993 and continuing as a pioneer and trailblazer in Canada’s scientific community.

Today, Mak is the Director of The Campbell Family Institute for Cancer Research at Princess Margaret Cancer Centre, and is the recipient of several international awards, including the Canadian Medical Hall of Fame.

Kalpana Chawla (b. 1961, d. 2003) was an American astronaut who was the first woman of Indian origin to go to space. Chawla was highly educated, earning a BSc in aeronautical engineering from Punjab Engineering College, India, a master’s degree in aerospace engineering from University of Texas, and a doctorate of philosophy in aerospace engineering from the University of Colorado. After impactful research work at the NASA Ames Research Center and Overset Methods Inc. in Los Altos, California, Chawla was selected by NASA as an astronaut candidate in 1994 and made history in November 1997 as part of a six-astronaut crew that flew the Space Shuttle Columbia STS-87.

In February 2003, Chawla participated in her second space mission aboard the STS-107 Columbia. However, the shuttle crashed during its re-entry to Earth. Chawla was among the crew members who died in the tragic accident. Chawla has been honored posthumously by governments and institutions around the world, most notably awarded the Congressional Space Medal of Honor by the United States Congress. 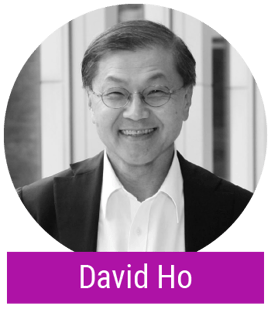 David Ho (b. 1952) is a Taiwanese-American researcher who is celebrated as the inventor of a combination antiretroviral therapy method that dramatically increases survival rates against HIV/AIDS, a highly deadly and untreatable virus at the time of Ho’s discovery.

After focusing on AIDS research for nearly a decade, Ho was named chief executive officer and scientific director of the new Aaron Diamond AIDS Research Center (ADARC) in 1990. The ADARC was where Ho did most of his groundbreaking work, including the development of his strategy, utilizing protease inhibitors and reverse transcriptase inhibitors for patients in the virus’s early stages. By 1996, this approach revolutionized the outlook of HIV/AIDS diagnoses, and Ho was named Time Magazine’s “Man of the Year”.

Today, Ho continues in his role at the ADARC, with the ultimate goal of developing an HIV vaccine while also striving to achieve racial equality and accessible healthcare around the world. Most recently, Ho and his team have been enlisted to research COVID-19. 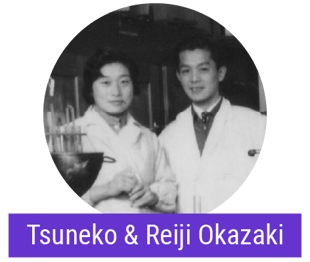 Tsuneko (b. 1933) and Reiji Okazaki (b. 1930, d. 1975) were a Japanese couple that discovered “Okazaki fragments”, short sequences of DNA that are formed in the process of DNA replication and linked together to form a continuous strand.

In the early 1960s, molecular biologists could not explain how two daughter strands could grow, in opposite directions, from a single replication point in vivo. Meeting at Nagoya University shortly after receiving their Ph.D.’s, the two pooled their resources and started a laboratory together. Their findings led to the proposal of the model of discontinuous growth, where DNA replication occurs via formation of short DNA fragments that are subsequently linked together. These fragments were later named “Okazaki fragments”, an essential discovery in the field of molecular biology.

Reiji Okazaki passed away in August 1975, but his wife Tsuneko admirably continued their work, clarifying further mechanisms of discontinuous DNA replication. She has won numerous awards such as the L'Oréal-UNESCO Awards for Women in Science, the Medal with Purple Ribbon, and the Person of Cultural Merit.

Chien-Shiung Wu (b. 1912, d. 1997) was a Chinese-American experimental physicist. She is best known for designing and conducting the Wu experiment, which proved the theory that parity is not conserved for beta decay. She is also celebrated for her work on the Manhattan Project, helping develop the process for separating uranium metal into the U-235 and U-238 isotopes by gaseous diffusion.

Her eponymous experiment enabled her colleagues to win the Nobel Prize in Physics in 1957. Although Wu’s contributions were unacknowledged, she was later awarded the Wolf Prize in Physics and was elected to be the first female president of the American Physical Society.

Often referred to as “The First Lady of Physics”, Wu remained an influential figure of the physics community until her retirement in 1981. She devoted much of her later time to educational programs for girls in STEM both in the US and China.

These individuals have had an immeasurable impact on STEM, and their leadership has paved the way for the next generation. As we continue to strive for better representation in STEM fields, it is important we push for this equality in all areas of life and condemn all forms of racism and discrimination. Diversity in our workplace and society is what makes us better, and we will continue to do our part to create a more just world.

Learn more about our commitments and initiatives to increase diversity in STEM.