This Newly Proven Human Bias Causes You Much Unnecessary Work

Here's a simple request: Change one thing about your appearance. Have any ideas?

If you're like most people, you probably thought about adding something. Perhaps glasses or even a fake mustache.

That's what happened with this exercise at a training seminar, according to my colleague Marie Cook, Communications Manager at BenchSci. "Every round, people consistently added something—glasses, scarf, books, phones, etc.—and no one removed," she says.

A new study in Nature provides further evidence for this bias towards adding over subtracting when solving problems. And according to Gabrielle Adams and its coauthors, the bias has significant consequences for individuals, organizations, and society overall. "[T]he tendency to overlook subtraction may be implicated in a variety of costly modern trends," they write, "including overburdened minds and schedules, increasing red tape in institutions and humanity's encroachment on the safe operating conditions for life on Earth."

Bottom line? By focusing on adding over subtracting, you unnecessarily complicate your life, miss an entire category of ideas, suboptimally solve problems, and often create many new ones.

Fortunately, you can counteract the bias. Let's dig in.

Why we need to hear "less is more"

The idea that humans unnecessarily overcomplicate things shouldn't be a surprise. Inspiration for the new research came from the plethora of injunctions we use to counteract this, like "less is more," "remove barriers," and "omit needless words."

In fact, writers are very familiar with the idea. "This makes me think of Mark Twain’s quote 'I didn’t have time to write a short letter so I wrote a long one,'" says my colleague Nika Stelman, Chief of Staff at BenchSci, who remembers a related assignment from undergrad to boil down a 1,000 word essay to 100 words.

Despite being familiar with the bias, however, before this research we hadn't quantified the skew or found proven interventions to overcome it.

To address this gap, Adams and coauthors invited nearly 1,600 people to solve problems by adding or subtracting. For example, in one experiment, participants could color or erase boxes on a grid to make a symmetrical pattern. In another, they could add or remove Lego blocks to increase a structure's stability (see image below). The scientists also looked at real-world examples, such as ideas for improvement submitted to a university's incoming president. 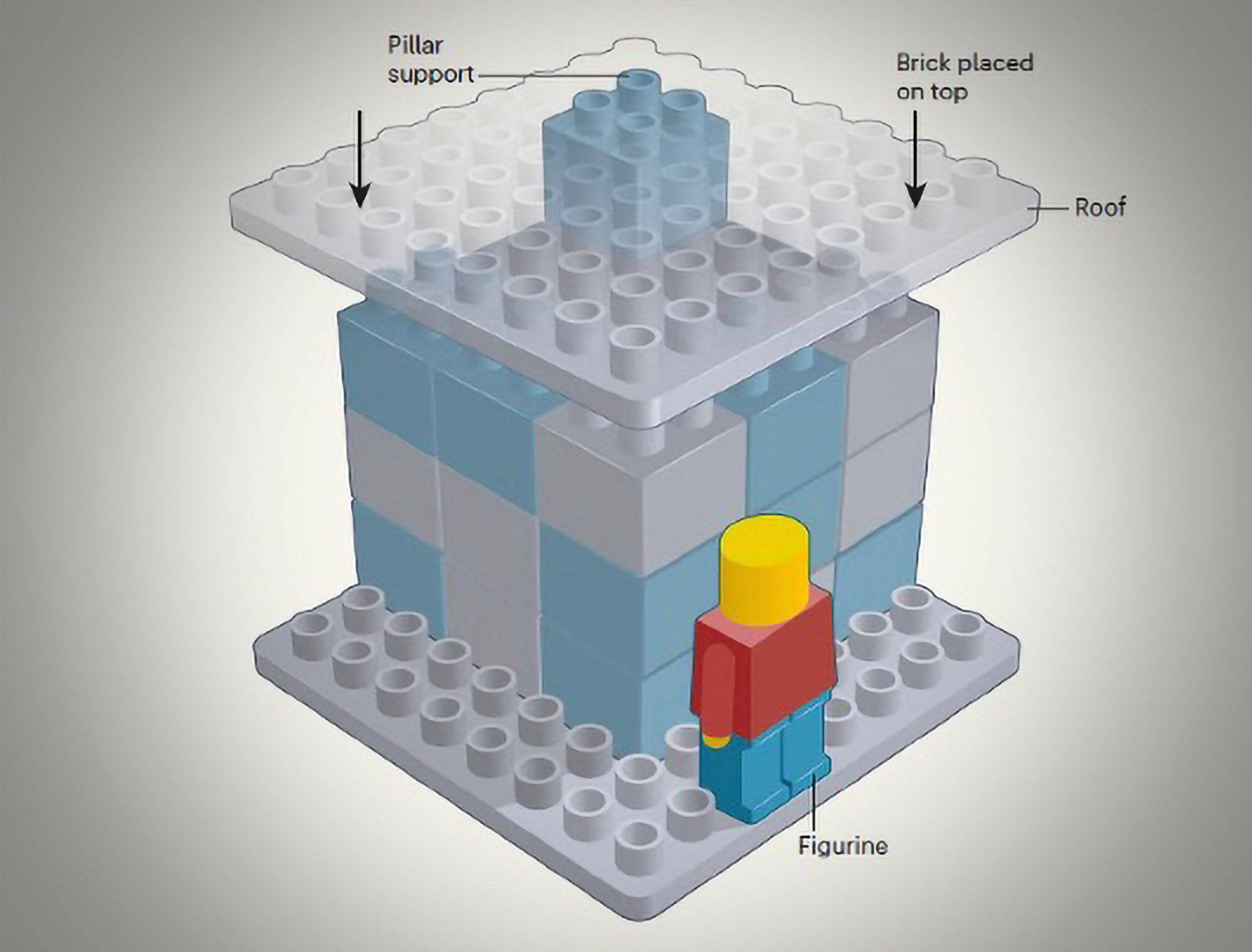 How would you improve the roof's stability? (Image via The University of Virginia.)

In all cases, participants significantly leaned towards additive solutions. With the grid experiment, just 20% favored subtraction. With the Lego experiment, between just 2% and 12% did so across multiple experiments. With the ideas for improvement, just about 8.5% of submissions suggested removing something.

So in these experiments, participants favored addition over subtraction anywhere from 49:1 in the worst case to 4:1 in the best.

Simplifying is demanding, so we avoid it

In discussing the findings with colleagues, I asked why they thought this happened.

"Subtraction is harder because you need to really understand what the system does and what it's supposed to be doing in order to simplify it," says Christian Battista, Senior Engineer, Tech Lead at BenchSci. "Subtraction is also hard to incentivize without appropriate KPIs—if all you measure is output, there's no emphasis on efficiency."

According to Adams and coauthors, a key contributor to the bias may be that it's easier to think additively. "Any component that can be subtracted must first be understood as part of the artefact before it can be considered as 'not' part of the artefact," they write.

Another reason may be that we see additive changes more positively in society. The authors note: "Numerical concepts of 'more' and 'higher' may map to evaluative concepts of 'positive' and 'better'; tangible contributions are culturally valued; and acquiring and displaying resources is fitness-enhancing." (While the study's experiments took place in the US, preliminary results from Japan and German suggest the findings generalize across cultures.)

So additive ideas come to mind quickly and easily, while it takes more cognitive effort to develop subtractive solutions. The authors further suggest that this may be self-reinforcing: the more you use additive solutions, the more easily you'll think of them in the future.

That can be bad news for fast-moving startups like BenchSci. When you're moving fast, it takes effort to pause and consider subtractive solutions that don't come to mind as naturally.

So what can you do?

Subtractive thinking is harder but worth it

To overcome the bias for addition, the scientists tried several approaches. These included penalizing participants for adding complexity and even asking them for ideas to make something worse.

None of these helped much.

What did was the following:

Subtractive solutions won't come as easily as additive, at least in the beginning. But think of the gains. The research suggests people ignore subtractive solutions up to 98% of the time. Even a modest improvement will open you to many previously unexplored ideas that could be faster and more efficient to implement.

And at scale, the repercussions could be huge. Note the authors: "If people default to adequate additive transformations—without considering comparable (and sometimes superior) subtractive alternatives—they may be missing opportunities to make their lives more fulfilling, their institutions more effective and their planet more liveable."

Thanks to Mahan Malihi, Christian Battista, Marie Cook, Ben Kostiuk, and Nika Stelman for their contributions to this article.