Continuing with our Antibody Application series, I had a great opportunity to consult with Salvador Sierra San Nicolas, MD, PhD, a post-doctoral fellow at Virginia Commonwealth University, for a 2-part series on proximity ligation assay (PLA).

Dr. Sierra has over 7 years of experience with PLA, working with both cells and native tissues (mice, macaques, and humans). His studies have primarily focused on G protein-coupled receptor oligomerizations.

Without further adieu, let's find out what PLA is all about! 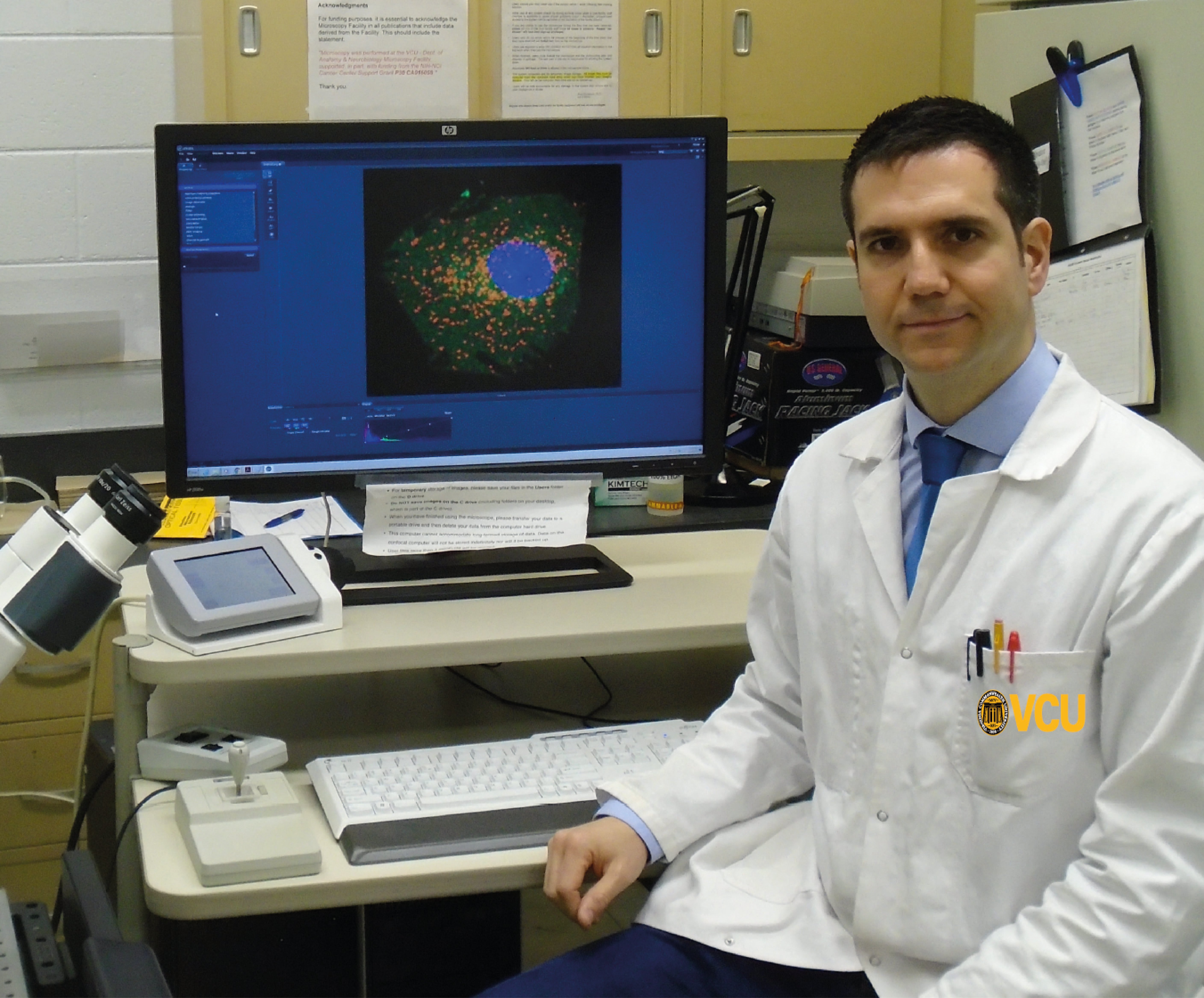 Dr. Sierra and his latest experiment

What is Proximity Ligation Assay (PLA)?

PLA is a variation of immunostaining that relies on the binding specificity of both antibodies and oligonucleotides.

In a typical PLA experiment, two antibodies are used to recognize two proteins of interest. Each antibody is conjugated to a short sequence of oligonucleotides that are complementary to each other, denoted as a PLUS and a MINUS probe (A). When these probes are in the proximity of less than 40nm, the addition of two connector oligonucleotides that hybridize with the probes will lead to the formation of a closed circle template in the presence of a ligase (B&C).

The subsequent addition of a polymerase and fluorescent-labelled oligonucleotides then results in a rolling circle amplification of the closed circle template (D), which can be visualized as a distinct fluorescent spot that can be detected and quantified by epifluorescence or confocal microscopy (E&F).

Since only the fluorescence signal of the rolling circle template is measured, PLA provides a good signal-to-noise ratio and a high degree of spatial accuracy and sensitivity.

What Are the Applications of PLA?

PLA was originally developed in 2002 as described by Fredriksson et al. to detect extremely low levels of platelet-derived growth factor in biological samples.

Throughout the years, PLA has been used to detect and quantify single endogenous proteins, post-translational modifications, and recently gaining more traction, protein-protein interactions, particularly in the field of receptor oligomerizations.

What Are Some Variations of PLA?

There are several variations of PLA.

A single-recognition PLA uses a single antibody that is specifically designed to bind to a protein complex, followed by the binding of two secondary antibodies, tagged with the PLUS and MINUS probes, to the primary antibody for the generation of a PLA signal. Single-recognition PLA is able to increase the signal-to-noise ratio and produce a more discrete signal than a conventional PLA.

PLA can also be used in combination with immunocytofluorescence (ICF) or immunohistofluorescence (IHF) to determine the cellular localization of the protein complex of interest. However, keep in mind that the antibody used for cellular marker staining must be of a host origin that is different from the primary antibodies for PLA.

In addition, PLA has been used in combination with electron microscopy to detect ultrastructural localization of the protein complex of interest.

What Are the Limitations of PLA?

The main limitation of PLA is that currently the commercially available secondary antibodies conjugated to the PLA probes can only bind to rabbit, mouse, or goat IgG. Hence, whether a Indirect PLA experiment can be performed depends on the availability of the primary antibodies that are from two of the above sources.

While there is also the option of performing a Direct PLA by conjugating the primary antibodies to the PLA probes using a Probemaker kit, it is also much more expensive than conducting an Indirect PLA.

For an more in-depth reading on PLA, please refer to Weibrecht et al. (2010).

In the next article, Dr. Sierra will dwell deeper into the technical nuances and share with us some bench and troubleshooting tips for PLA.

In the meantime, if you're planning a PLA experiment, why not try out BenchSci and examine published PLA data to help with your antibody search?