This week in Antibody Applications, one of our Biomedical Data Analysts at BenchSci, Justin Burgener, will introduce MeDIP.

Justin is an MSc candidate at the University of Toronto in Dr. Scott Bratman's lab. His project focuses on the mutation and methylation analysis of circulating tumour DNA as a marker for minimal residual disease in oral cavity cancer.

Take it away Justin! 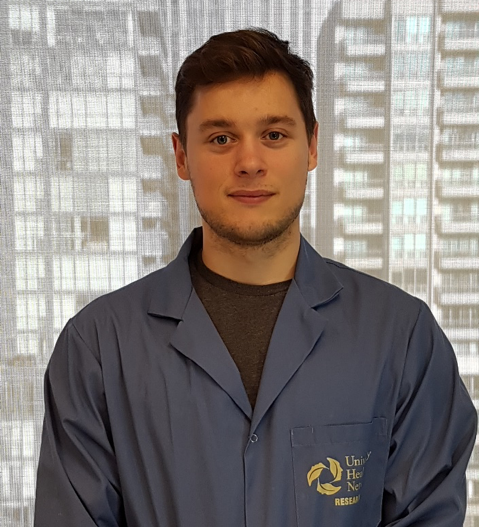 What is the Molecular Mechanism Behind MeDIP?

Sheared genomic DNA is denatured to separate double-stranded DNA into single-stranded DNA, enabling access to the methyl-group covalently bound to cytosine nucleotides as well as ensure binding of hemi-methylated (i.e. only one of the two DNA strands are methylated) DNA fragments.

Monoclonal or polyclonal antibodies with a binding epitope specific to methylated cytosines are incubated with the single-stranded DNA to promote interaction. Magnetic beads that bind the FC region of the antibody are then added to isolate antibody-bound methylated DNA.

What Are the Applications of MeDIP?

Because the anti-5mC antibodies recognize and bind to methylated DNA indiscriminate of genomic region, MeDIP is ideal for obtaining genome-wide coverage of methylated cytosines. In contrast to other techniques, the process of obtaining methylated fragments does not rely on bisulfite conversion or enzymatic digestion and size-selection, making MeDIP a fast and relatively cost-effective method. MeDIP is particularly useful to scientists who are interested in determining methylated regions rather than methylation status at individual cytosines.

What Is the Advantage of MeDIP Over Alternative Options?

Alternative genome-wide techniques such as whole-genome bisulfite sequencing (WGBS) or reduced representation bisulfite sequencing (RRBS) require bisulfite conversion of unmethylated cytosines prior to sequencing, degrading the majority of DNA. Because of this, a larger amount of input DNA is required to have sufficient material for downstream applications.

MeDIP employs the use of the anti-5mC antibody to enrich for methylated DNA and therefore does not require bilsulfite conversion. As a result, a significantly reduced amount of input DNA is required for analysis, at a minimum of 100 ng compared to WGBS and RRBS which require a minimum of 2000 ng and 1000 ng, respectively.

The indiscriminate activity of the anti-5mC antibody for methylated cytosines also enables an informative, non-biased analysis of the genome at specific loci, whereas locus-specific techniques such as methylation-specific PCR (MS-PCR) rely on prior knowledge of potential methylated regions for design of primers and subsequent detection.

What Are Some of the Limitations of MeDIP?

Just like other techniques, MeDIP harbours limitations that may prevent successful implementation in some study designs.

While non-specific binding of the anti-5mC antibody is kept to a minimum (<0.1%), the anti-5mC antibody is biased towards binding highly-methylated regions, such as CpG islands, compared to individually methylated cytosines. As a result, regions of the genome containing lightly methylated regions can potentially be missed. This is particularly important in phenotypic studies, where regions of low methylation have been shown to play a significant role in gene expression regulation.

Another limitation of MeDIP is a result of not using bisulfite conversion, while this enables a decrease in input DNA required, if more than one CpG is present within the methylated region, it is impossible to determine which cyotisine(s) are methylated.

In my next post, I will dig deeper into the protocol of MeDIP and discuss best-practices based on my experience.

If you're planning a MeDIP experiment, conduct a search on BenchSci to review published MeDIP data using our technique filter to find out which antibody would be suitable for your experimental context.