Following the introduction on the principles of BRET, I chatted with Ahmed on the technical aspects of running a successful BRET experiment. As usual, we'll break down our discussion by the main steps to watch out for in the protocol. 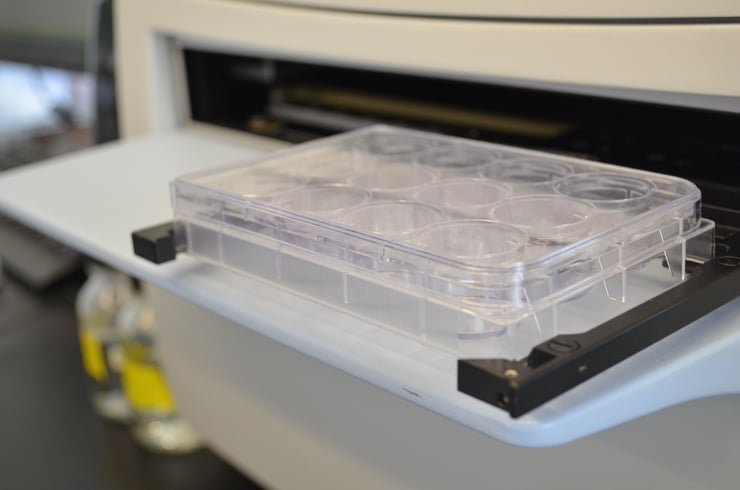 Selection and Generation of Donor/Acceptor and Substrate Combination

Here's a table summarizing the donor/acceptor pairs and substrate used in each BRET variation to help with your selection:

It is important to ensure that the insertion of donor/acceptor does not interfere with the proper folding, functionality, and localization of the interacting proteins. This can be verified via activity assays (radioligand binding for GPCRs, for example) for functionality and confocal microscopy for cellular localization.

Selection of Cell System and Level of Co-Expression

Depending on the BRET assay to be conducted (saturation or competition), different ratios of donor/acceptor should be used. In addition, bi-cistronic vectors can be used for a more homogeneous expression level of the interacting proteins.

Include both negative and positive controls to ensure the specificity of the studied interaction. The positive control can be a double fused chimeric protein where the interacting proteins are known to link together.

A negative control for which the cells are transfected with both proteins, but only one of them is fused to the donor, must be included for the calculation of specific BRET signal.

The BRET signal can be measured from adherent cells, cell suspensions, subcellular fractions, and purified proteins.

Cells can be harvested in 2 ways:

5uM of final coelenterazin concentration is used to initiate the energy transfer. BRET signals are measured immediately after substrate addition using a BRET reader capable of measuring light emitted at the donor and acceptor wavelengths in a quasi-simultaneous manner. As the BRET signal is time-sensitive, only add the substrate up to 12 wells at a time.

For reproducible results, BRET measurements should be performed under temperature-controlled conditions.

As a result, the BRET signal measured has to be corrected for the background signal due to the overlap of donor emission at the acceptor wavelength, which is determined in parallel for cell expressing the donor alone.

For detailed protocols on how to perform a BRET saturation assay and competition assay, please refer to Borroto-Escuela et al. (2014).

In the next article, we'll continue our discussion on techniques for studying protein-interactions and introduce a technique very similar to BRET but does not require modification of the interacting proteins: Fluorescence Resonance Energy Transfer (FRET).