While the team here at BenchSci focuses on the experimental applications of commercial antibodies, it is important to recognize that antibodies are becoming increasingly more applicable in the clinic. Monoclonal antibodies (mAbs) are appealing as therapeutics due to their inherently high affinity and specificity to a seemingly infinite number of molecular targets. Today, mAbs have grown to become the highest selling class of drugs known as biologics, with cancer and inflammatory disorders being the most common indications for these agents. With sales of a few blockbuster mAbs soaring over the last decade, it is no surprise that mAbs with new indications continue to enter clinical trials. One disease that has been notoriously difficult to treat using mAbs (or any other drug, for that matter) is Alzheimer’s disease. 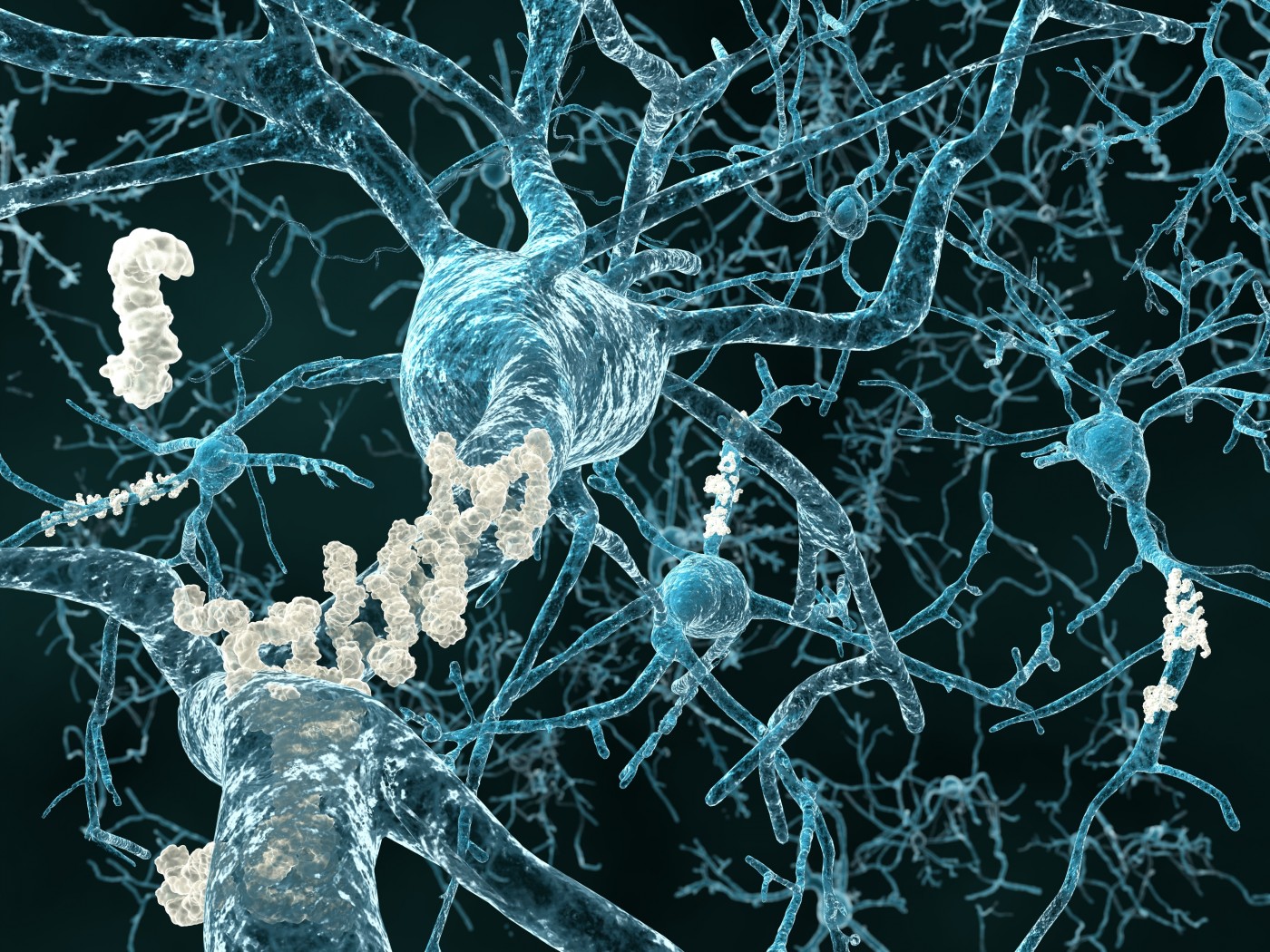 What We Know about Alzheimer’s Disease

Alzheimer’s disease (AD) is a chronic, progressive neurodegenerative disorder, primarily affecting the elderly, that accounts for the majority of dementia cases worldwide. The disease initially causes subtle changes in memory and behavior, but ultimately leads to severe memory impairment and a complete inability for patients to respond to their environment. Individuals with AD will ultimately require around-the-clock care, putting a burden on families, hospitals, and extended care facilities. Given the increasing elderly population, AD represents a significant challenge to the healthcare system in the 21st century.

The main neuropathological hallmarks of AD are the misfolding and aggregation of the amyloid-β (Aβ) and tau proteins, leading to the formation of amyloid plaques and neurofibrillary tangles, respectively. The Aβ peptide is a derivative of the amyloid precursor protein (APP) and can adopt a number of aggregation states from monomer to oligomer to fibril. According to the amyloid cascade hypothesis, the inciting event in the pathogenesis of AD is the deposition of Aβ in the brain, leading to a downstream series of events including tau pathology and neuronal dysfunction and death. With this hypothesis in mind, it is quite intuitive to reason that the removal of pathologic Aβ from the brain would represent a cure for AD.

Sounds like a job for an mAB, doesn’t it?

Over the last decade, this idea has been pursued by a number of researchers and pharmaceutical companies and many attempts have been made to design novel anti-Aβ treatments for AD. These therapies are so attractive because, currently, there are no approved treatments for AD that target the underlying cause of the disease. In fact, the five drugs approved by the United States Food and Drug Administration (FDA) only treat the symptoms of AD—primarily impairments in memory and cognition.

With dozens of clinical trials and over 10 years of clinical investigation dedicated to developing anti-Aβ mAbs, surely a viable AD treatment is on the horizon?Unfortunately, while these drugs have shown great promise in preclinical studies, they continue to miss their primary end points in phase 2 and 3 clinical trials.

Let’s take a closer look at a few of these drugs to understand what went wrong, and what promise they hold:

The first anti-Aβ mAb to enter clinical trials, bapineuzumab, was developed in the early 2000s by the pharmaceutical companies Élan and Wyeth, and later by Janssen and Pfizer. Bapineuzumab recognizes an N-terminal epitope of the Aβ peptide and targets amyloid plaques in the brain, as well as soluble Aβ. In preclinical studies, bapineuzumab significantly reduced plaque number, mitigated Aβ-dependent toxicity, and improved some measures of cognition in mice. A few phase 3 trials were initiated between 2007-2009, but in 2012, failure to prevent cognitive decline in patients with mild to moderate AD halted further investigation of this drug. However, despite its clinical failure, bapineuzumab demonstrated an ability to prevent Aβ accumulation in the brain and lower levels of phosphorylated-tau in the cerebrospinal fluid.

Around the same time that bapineuzumab was commencing phase 2 trials, another anti-Aβ mAb, solanezumab, was undergoing clinical investigation. Developed by Eli Lilly & Co., solanezumab was shown to reverse memory deficits in transgenic mice in preclinical studies. Unlike its competitor, solanezumab is directed against the central region of the Aβ peptide and targets soluble monomeric forms of the protein, leaving amyloid plaques intact. Phase 1 clinical trials for solanezumab began in mid-2004 and demonstrated that the drug was well tolerated by healthy individuals and AD patients. The drug later proceeded to phase 2 and 3 trials, but Eli Lilly & Co. would ultimately terminate the study in 2016 due to failure to slow cognitive decline in patients with AD.

While a number of costly, high profile anti-Aβ mAbs have already been scrapped due to their failure to demonstrate clinical benefit, there are still a few ongoing clinical trials that show promise. The drug aducanumab, developed by Biogen and Neurimmune, is currently under investigation in two phase 3 clinical trials. Reports from the phase 1b study suggest that aducanumab dose- and time-dependently removes amyloid plaques from patients with early stage AD and may slow cognitive decline in these individuals. Aducanumab was derived from cognitively normal elderly subjects using Neurimmune’s platform called Reverse Translational Medicine (RTM). The rationale for this approach is that the immune systems of cognitively intact elderly individuals had effectively combatted AD, and the resultant antibodies may be used as therapeutics. The two current phase 3 trials for aducanumab (ENGAGE and EMERGE) will run until early 2022.

After multiple failures and billions of dollars spent on developing efficacious mAbs for the treatment for AD, the news of Pfizer and other pharmaceutical companies terminating their neuroscience research programs should come as no surprise. From a financial standpoint, this decision is quite obvious: spending billions of dollars on a drug that fails to show clinical benefit simply isn’t cost-effective.

From a scientific perspective, however, more work is warranted to determine whether anti-Aβ treatments hold any promise. For example, these drugs may have failed because they were administered after pathological changes in the brain had already occurred. Indeed, a number of studies are now underway investigating the potential of these drugs as preventative agents. It is also possible that a single targeted therapy isn’t sufficient to tackle the complexity of AD. Perhaps a combinatorial approach with mAbs directed against pathological tau protein is necessary to encompass all aspects of the disease process. If all else fails, it may be time to finally lay the amyloid cascade hypothesis to rest. In any case, the jury is still out on this subject until the trials for aducanumab and other drugs conclude in 2022.

Editor's Note: If you're studying Alzheimer's disease, find out how antibodies for Aβ and Tau were used in the literature on BenchSci to help you find the most suitable antibody for your experiment.