Antibody Drug Conjugates (ADCs): Next in Line for Cancer Therapeutics

One quality synonymous with good antibodies is their specificity. Some of the best monoclonal antibodies (mAbs) used in scientific research and disease therapy go through rounds of stringent selection to ensure that they are highly selective and specific to the target they bind. Good monoclonal antibodies can be thought of as homing devices that will find a target and then specifically bind to that target only, to deliver the desired therapeutic action.

Imagine combining the specificity of an antibody with the cytotoxic effect of an anti-neoplastic agent and what you get is an antibody drug conjugate (ADC). 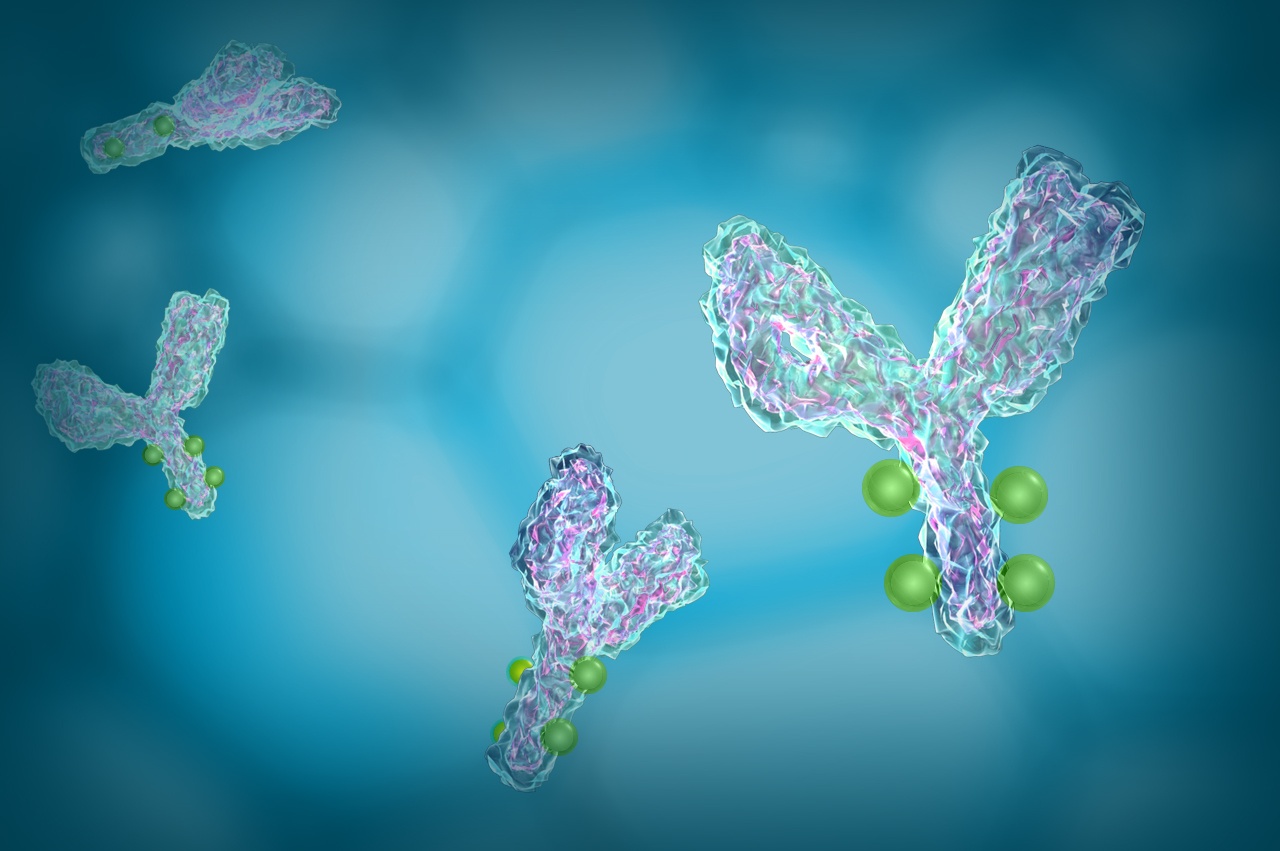 A New Class of Biologics

ADCs have also been called “empowered antibodies” or “homing missiles” as they are designed to harness the targeting ability of antibodies while packing a solid punch with cytotoxic effects administered through the conjugated drug. ADCs have been a candidate class of biologics designed and used as anti-cancer drugs because of their high specificity.

Indeed, theoretically ADCs sound like the ideal candidate to target specific cancer cells, but their development and approval is fraught with technical challenges such as purifying large quantities of the antibody, selecting the anti-neoplastic agent to conjugate, performing a successful conjugation reaction, and, most challenging, the post-conjugation drug substance purification.

The Story of Mylotarg

To date, only four ADCs have been approved as biopharmaceutical drugs while several others are awaiting approval in the clinical trial pipeline.

The very first ADC, gemtuzuman ozogamicin (Mylotarg), was developed and marketed by Wyeth in 2001. Mylotarg was a prototype ADC consisting of a monoclonal antibody against CD33 linked to a cytotoxic agent from the class of calicheamicins. CD33 is expressed in high levels on leukemic cells but its expression is also retained on normal hematopoietic cells, albeit at a lower level, and it further decreases as the hematopoietic cells mature. As most of the leukemic cells retain undifferentiated characteristics with higher expression of CD33 as compared to maturing hematopoietic cells, CD33 was deemed fit as a candidate to target these leukemic cancer cells.

In the United States, Mylotarg was approved by the FDA in 2001 for use in patients over the age of 60 who, for medical concerns, could not receive standard chemotherapy, or who had suffered a relapse after acute myelogenous leukemia (AML) treatment. Soon after its release and use in leukemic patients, concerns about Mylotarg increasing the risk of veno-occlusive disease (VOD) due to unknown mechanism started surfacing. Wyeth, the parent company, decided to launch a phase 3 randomized clinical trial in 2004, just short 3 years after the drug’s launch. The clinical trial was stopped prior to completion due to worrisome outcomes, such as early toxicity and fatal toxicity post-administration. It took about 6 more years for Mylotarg to be removed from the market in 2010. However, in 2017 Mylotarg was approved and launched again in the US and Europe based on a meta-analysis showing no fatal side-effects of the drug. Regardless of its controversial history, Mylotarg is now an FDA approved drug and more importantly, its conception and launch has inspired the design and inception of similar anti-neoplastic ADCs such as brentuximab vedotin (Adcetris), trastuzumab emtansine (Kadcyla), and the newest, inotuzumab ozogamicin (Besponsa).

The Components of ADCs

So, what are these armed antibodies made of? As mentioned, they consist of a highly specific monoclonal antibody against a specific antigen that is highly expressed on a target cancer cell type. The antibodies used for ADC design have to meet very stringent specificity criteria and undergo rounds of selection via clonal selection and expansion followed by isotyping and final characterization. Once a candidate antibody is chosen, the next step is the identification of the second key component of an ADC, the anti-neoplastic agent.

The anti-neoplastic agent is the component that will result in cancer cell death, once it’s fully internalized by the target cell. The antibody can hence be thought of as a car, taking the anti-neoplastic agent, the soldier, to the destination of operation. The anti-neoplastic agents used in ADC design are also subjected to rounds of selection, and a key feature they share is "activation after release." These cytotoxic agents are “inactive” until they are bound to the antibody and are only activated once they are separated from the antibody following its internalization by the cell. This is key to protect other cells who come in proximity with the cytotoxic agent on the antibody. Even at that close proximity, due to the cytotoxic agent being inactive, the non-targeted cells do not come in harm’s way. This brings us to the third and final component of an ADC, a linker. As the name suggests, the linker links the antibody and the cytotoxic agent together and is usually chemically labile, meaning it’s prone to be chemically removed once inside a cell.

The Mechanism of Action

The mechanism of action (MOA) of ADCs is really quite simple. Once administered to a patient, ADCs traverse the system till the antibody takes them to the target cancer cells. Once the antibody binds to the target cell, the entire ADC complex (antibody with the linker attaching it to the anti-neoplastic agent) is internalized by the cell. Post-internalization, the internalized vesicle fuses with lysosomal vesicles and the linker is cleaved due to the proteases and the mild acidic environment inside the lysosome. The anti-neoplastic agent is then free from the ADC complex and can freely cross the lysosome membrane to enter the cytoplasm or other organelles like the nucleus or the mitochondria where they bind to their target molecules and cause cell death. This highly specific MOA is what puts ADCs in the forefront of biotechnological and chemical therapies to treat specific cancers.

If ADCs are so effective, why don’t we have more FDA approved ADC drugs in the market? The reason is their development stages can be longer than traditional drugs which are usually just chemical in nature. The selection of a candidate antigen to which the antibody should be targeted is a long process, following which the antibody selection process begins. Once a monoclonal antibody is selected, then the anti-neoplastic agent and the linker are sequentially selected. After a ADCs or a few candidate ADCs are selected then the process of testing their availability begins. All of these processes can take up to years, even before any therapeutic MOA can be confirmed.

In summary, although development of ADCs is fraught with challenges, they continue to be a worthwhile pursuit for researchers and companies investigating novel cancer therapies because of their specificity, effectiveness, and bio-compatibility.

Editor's Notes: If you're a cancer biologist, be sure to take advantage of BenchSci's "disease" filter to review and compare antibodies published in cancer studies for your antibody search.