Seven Women that Changed the World with their Contributions to STEM

The theme of this year’s International Women’s Day is “choose to challenge”. We are celebrating the achievements of seven women who have challenged the norms to help drive change in the fields of STEM. 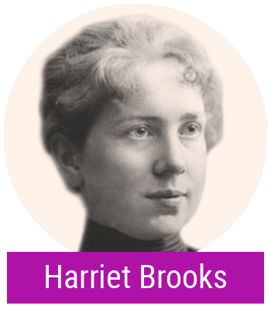 Harriet Brooks Pitcher (b. 1876, d. 1933) is considered the first Canadian woman nuclear physicist and made significant contributions in the field of atomic physics. She was one of the first to identify the element radon, and to discover the quantum phenomenon of atomic recoil.

Ernest Rutherford, considered “the father of nuclear physics”, stated that Brooks was “the most pre-eminent woman physicist in the department of radioactivity,” next to Marie Curie. Her discoveries in radiation were essential contributions to Rutherford’s theory of radioactivity and radioactive decay, for which he won the Nobel Prize in 1908.

Brooks earned her bachelor’s degree in mathematics and natural philosophy from McGill University in 1898, and in 1901 she became the first woman to receive a master’s degree at McGill.

Dr. Ellen Ochoa (b. 1958) is a highly distinguished astronaut. She became the first Hispanic woman to go to space when she served on a nine-day mission aboard the space shuttle Discovery in 1993 and has logged close to 1,000 hours in orbit on four different space shuttle missions.

Ochoa earned her bachelor’s degree in physics from San Diego State University before receiving her master's and doctorate degrees in electrical engineering from Stanford University. She is a co-inventor on three patents in optical information processing and has authored multiple technical publications.

Most recently, Ochoa was the Director of NASA's Johnson Space Center in Houston, Texas, the center’s first Hispanic director and its second woman director. Ochoa retired from federal service in 2018. 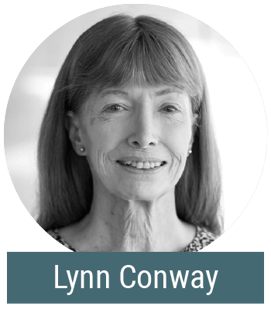 Lynn Conway (b. 1938) is a computer scientist and engineer whose pioneering work in microelectronics chip design has impacted many modern tech companies worldwide. A graduate of Columbia University’s School of Engineering and Applied Science, she co-authored the book Introduction to VLSI Systems in 1978, making VLSI design feasible and practical.

Conway is also widely recognized for her work as a transgender activist. She has openly shared her experiences as a computer engineer and a transgender woman, including her story about being wrongfully dismissed at IBM for being transgender. Despite Conway’s hardships, her passion and determination allowed her to enjoy a longstanding, influential career in computer science, including stops at the Xerox Palo Alto Research Center (PARC) and the University of Michigan. 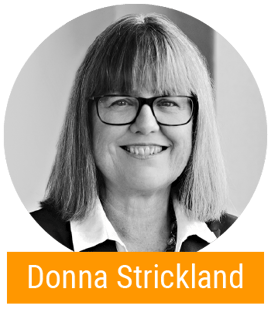 Donna Strickland (b. 1959), a Canadian Nobel laureate, became the third woman to win the Nobel Prize for Physics and the first in 55 years in 2018. Her revolutionary work on chirped pulse amplification, alongside colleague and advisor Gerard Mourou, has become an essential part of corrective eye surgeries, industrial machining, and medical imaging.

On gender parity in STEM fields, Strickland says, "I think things are better for women than they have been. We should never lose [sight of] the fact that we are moving forward. We are always marching forward." 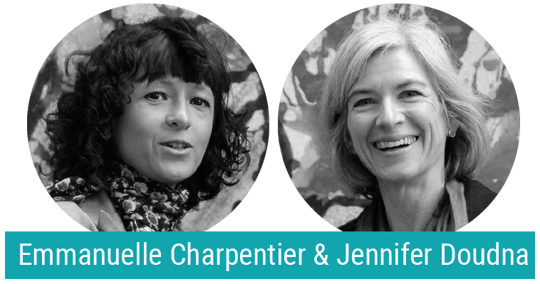 Emmanuelle Charpentier and Jennifer Doudna are the winners of the 2020 Nobel Prize in Chemistry for their paper on CRISPR/Cas9, marking the first time the award has gone to two women.

Their discovery of CRISPR/Cas9 “genetic scissors” in 2012 has enabled scientists to make specific and precise changes to the genetic code contained in living cells. Since that time, their findings have been rapidly adopted, significantly impacting areas such as cancer therapy and crop growth.

Charpentier (b. 1968) studied biochemistry, genetics, and microbiology at the University Pierre and Marie-Curie (now the Sorbonne University) in Paris, France, and earned her Ph.D. in microbiology from the Pasteur Institute. After a few years in the United States, Charpentier returned to Europe in 2002. Continuing her work there, she published a discovery of a previously unknown molecule in 2011, the same year she met Doudna.

Doudna (b. 1964) studied biochemistry at Pomona College in Claremont, California, and later received her Ph.D. from Harvard Medical School in Boston. Doudna was introduced to CRISPR in 2006; prior to that, she had studied how bacteria make RNA molecules for other purposes, such as sensing the environment and silencing certain genes. 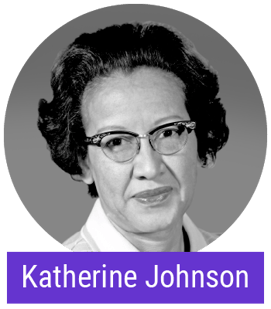 Katherine Johnson (b. 1918, d. 2020) was a mathematician whose contributions to the NASA space program have enabled humans to achieve space flight.

A gifted child with an inquisitive mind, Johnson graduated summa cum laude with degrees in mathematics and French from West Virginia State College (now West Virginia State University). After several years as a teacher, Johnson applied and was accepted for the position of “computer”, people who performed and checked calculations for technological developments, at the National Advisory Committee for Aeronautics (NACA). Shortly after its reformation into NASA, in 1961, Johnson calculated the path that sent the first U.S. astronaut to space, Alan Shepard, Jr. She played a role in confirming that John Glenn’s space journey was calculated correctly; Glenn became the first U.S. astronaut to orbit the earth. Johnson was also a part of the team that performed the calculations for Apollo 11’s trip which sent three men to the moon in 1969.

Johnson continued to serve in critical roles at NASA until her retirement in 1986. She received numerous awards for her contributions to space exploration, including the Presidential Medal of Freedom in 2015.

In 2016, Margot Lee Shetterly published the book Hidden Figures: The American Dream and the Untold Story of the Black Women Mathematicians Who Helped Win the Space Race, covering the extraordinary achievements of Johnson, Dorothy Vaughan, and Mary Jackson while at NASA. A film based on the book was released the same year.

The accomplishments of these women and many other women have helped shape science, technology, engineering, and mathematics. Like them, we can choose to challenge traditional approaches, methods, and expectations to accelerate both scientific and societal change.

Learn more about our commitments and initiatives to increase diversity in STEM.