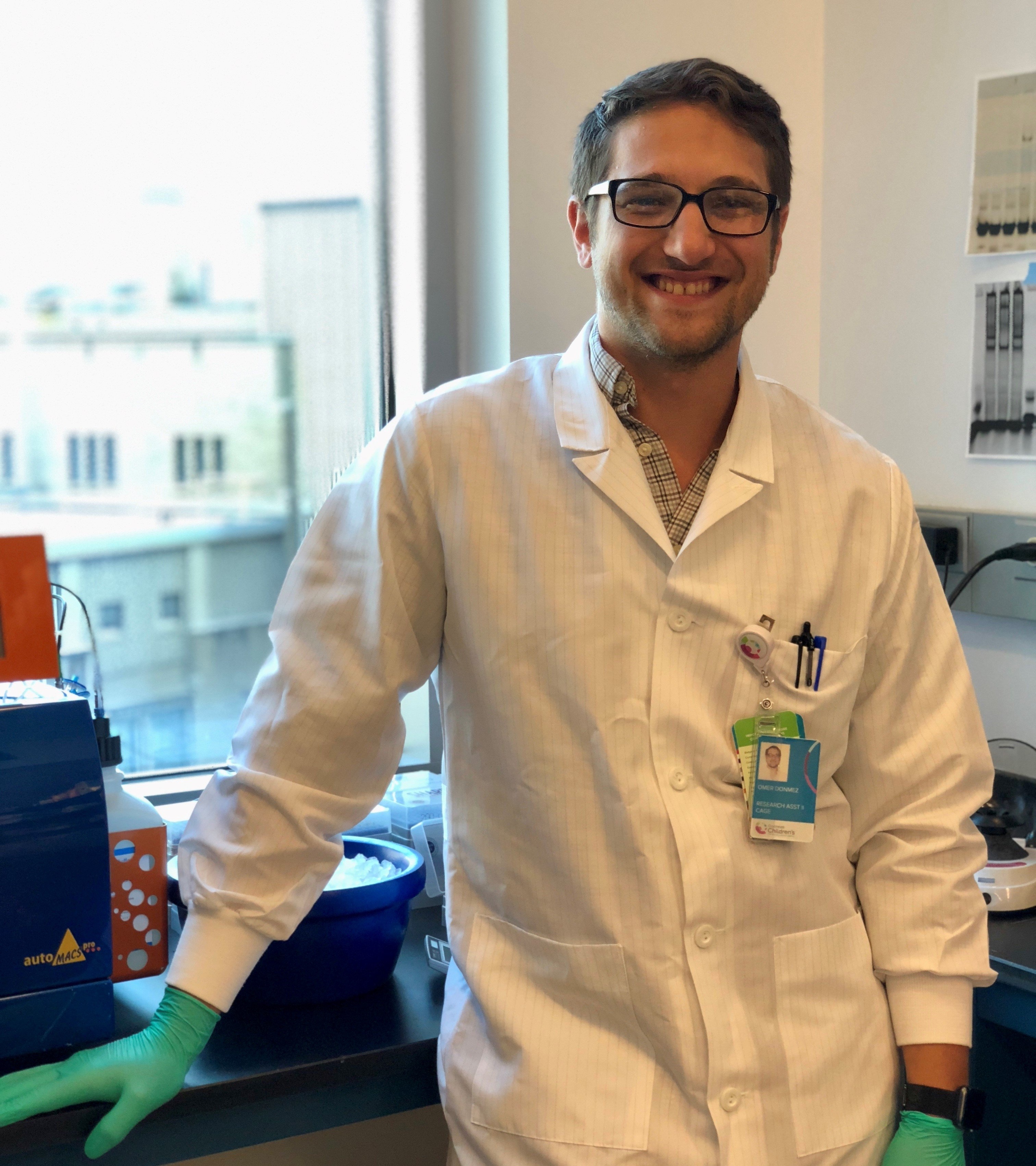 Omer Donmez obtained his bachelor degree from the University of Cincinnati, with a major in environmental studies and a minor in biology. Throughout his undergrad, Donmez developed a strong interest in the field of genetics, particularly the genetic basis of autoimmune diseases. Since graduation, Donmez pursued his dream job at the Center for Autoimmune Genomics and Etiology (CAGE) at the Cincinnati Children’s Hospital—one of the top children’s hospitals in the US, with prestigious research expertise in autoimmune diseases—as a Research Technician.

Outside of the lab, Donmez enjoys going to the movies and hiking. He’s also an avid soccer fan who follows every World Cup tournament closely.

Current Research: Examining the Roles of Transcription Factors in the Etiology of Systemic Lupus Erythematosus

Working on a collaborative project led by Dr. Leah Kottyan and Dr. Matthew Weirauch, Donmez is studying the roles of transcription factors in the etiology of systemic lupus erythematosus (SLE, or lupus). Specifically, Donmez examines which transcription factors in SLE patients preferentially interact with risk loci for SLE as found by previous genome-wide association studies (GWAS). “There are 83 well-established risk loci for SLE, but the mechanism through which these loci cause the disease is unclear,” says Donmez.

To answer this question, his lab developed a new computational method, RELI, which is built upon a library of datasets consisting of the genomic coordinates of functional genomic datasets (you can read more about RELI here). “We do tons of ChIP-seq experiments,” Donmez says, “and through RELI, we can prioritize transcription factors and cell types that were potentially affected by disease-associated variants.”

Using this approach, Donmez’s lab recently identified that transcription factors operate across disease loci, with Epstein-Barr virus nuclear antigen 2 (EBNA2) implicated in various autoimmune diseases, including SLE. Their results were published in Nature Genetics. “The implication of EBNA2 is particularly important,” Donmez added, “As most people get infected with EBV at some point in their lives.” 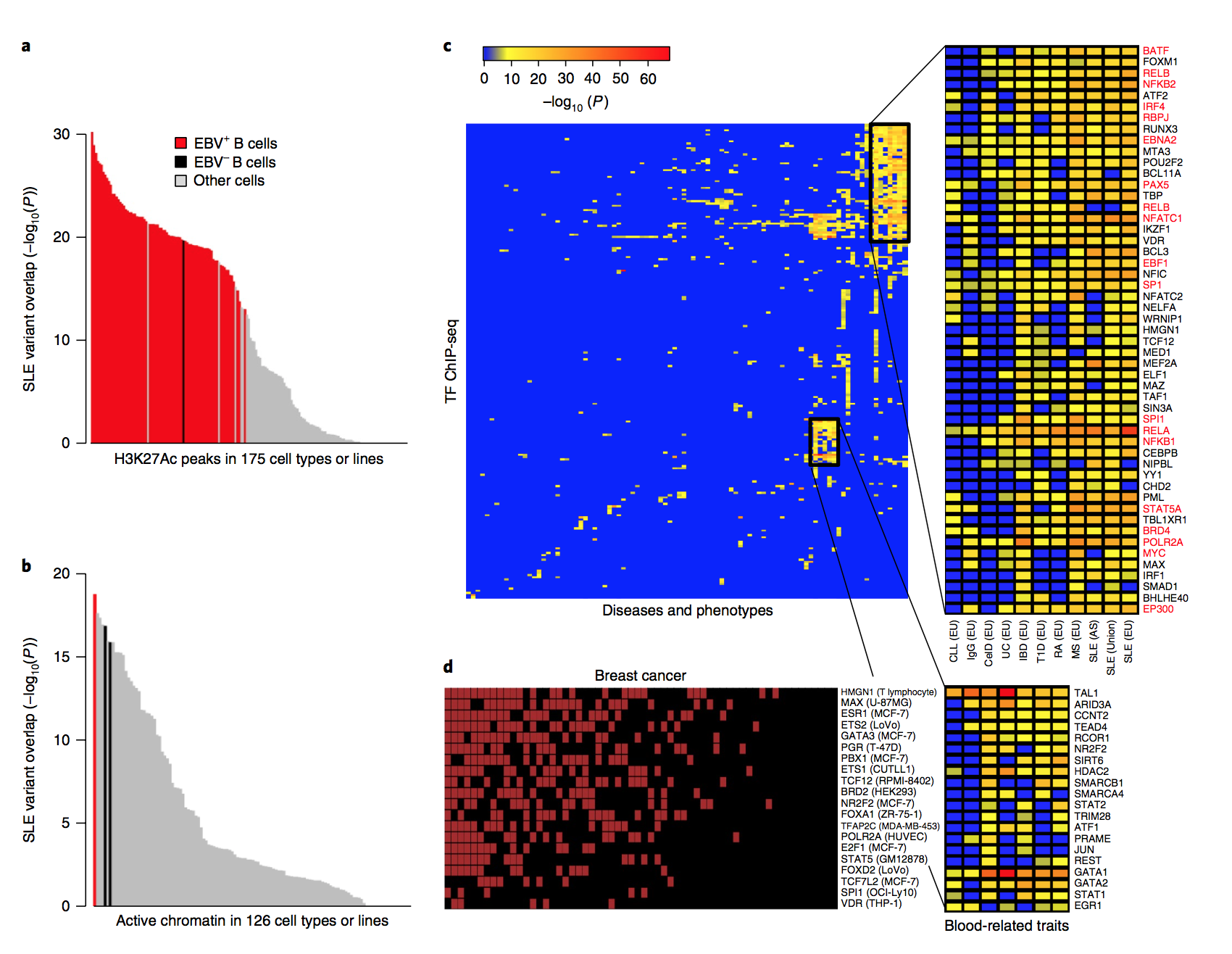 The Challenges of Finding Antibodies for Protein-DNA Complexes

"We work with patient samples and can’t afford to waste them on antibodies that don’t work."

But making such discoveries can be challenging due to the extremely specific antibodies required. “One of the difficulties that I face constantly is finding the antibodies for our ChIP-seq experiments,” says Donmez. Indeed, many labs studying protein-DNA complexes share the same challenge.

For a ChIP-seq experiment to work, antibodies need to meet a stringent set of criteria.

Second, an antibody must be highly specific to the target protein, since immunoprecipitating an off-target protein will confound the sequencing data if the off-target protein is also DNA-bound. At the same time, the antibody also needs to have high binding affinity, as the signal strengths of the subsequent sequencing experiment depend on the amount of target protein immunoprecipitated. For these reasons, Donmez always run antibodies through validation experiments using model cell lines in the lab to verify their specificity and affinity to DNA-bound target proteins. “We work with patient samples and can’t afford to waste them on antibodies that don’t work,” says Donmez. In his last validation experiment, only 2 out of 7 antibodies that the vendors recommended for ChIP actually worked in his lab.

Antibody Validation is Critical, and BenchSci Helps with Sourcing the Best Antibody Candidates

"I like how the antibodies are ranked by the number of citations for a specific technique."

While Donmez established a rigorous validation process to ensure they only use antibodies that work on their samples, he cannot validate all possible antibodies for their targets of interest due to the shear amount of antibodies available. “I find that BenchSci is particularly useful for sourcing candidate antibodies to validate,” he says. “I like how the antibodies are ranked by the number of citations for a specific technique.”

Knowing which antibodies have been frequently published in ChIP-seq experiments dramatically reduces the list of antibodies that Donmez has to validate. “The same information would’ve been extremely difficult to obtain if I were to do a manual literature search on PubMed or Google Scholar,” he says.

Since being introduced to BenchSci by his colleague, it has become Donmez’s gold standard for antibody search. He has already used BenchSci to compile new lists of candidate antibodies for several new targets that his lab plans to study. “I remember the platform was offline for a short period of time when I visited a couple months ago,” Donmez recalls, “And I really missed you guys.”

(PS: We missed you too and will be sure not to let it happen again!)

Select, Compare, and Export Products on BenchSci for Seamless Integration with Your R&D Workflow
Find Antibodies Verified According to the 5 Nature Pillars of Validation, Plus 2 Additional Pillars
Cell Products Now on BenchSci!